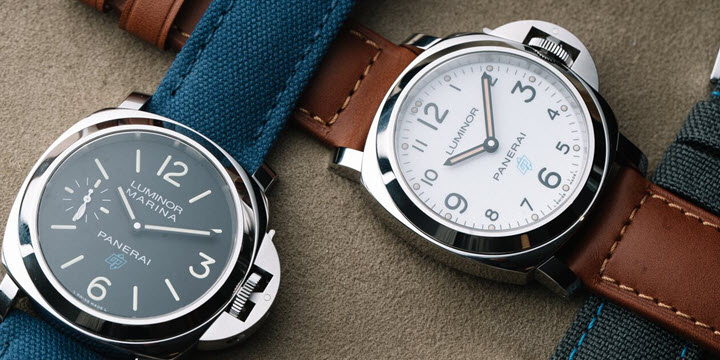 The Salon International de la Haute Horlogerie, or SIHH for short, is one of the most important annual trade shows for the luxury watch industry. Held in Geneva, Switzerland, the event brings together many of the world’s top manufacturers, with most using the show to unveil new additions to their catalogues.

Italian watch company Panerai are among the big name watch brands regularly in attendance at SIHH and for enthusiasts and casual observers alike, their new offerings are almost always one of the major talking points, both before and after the event. In this article, we take a look at the new Panerai models introduced for 2018.

Arguably the biggest news coming out of the Panerai brand this year came through the introduction of some new models into the Luminor Due collection, which was first introduced back in 2016. In particular, it is the addition of the Luminor Due 3 Days Automatic Acciaio 38mm which has made headlines.

The collection itself consists of dress watches with thinner cases than most Panerai models, and the 3 Days Automatic Acciaio 38mm still adheres to this philosophy. However, what makes this such a talked about watch, more than anything else, is simply its 38mm case diameter, which marks a first for the brand.

Panerai, as a manufacturer, is typically associated with oversized watches, but the recent trend for luxury dress watches has moved towards smaller sizes. Panerai’s decision to embrace the trend is only likely to ensure that it continues. With that being said, 42mm and 45mm versions of the new Luminor Due are also available.

More in-keeping with the oversized models that Panerai is traditionally known for is the new Luminor 1950 Tourbillon Moon Phases Equation of Time GMT, which is more simply referred to as the Panerai L’Astronomo. This particular watch has a titanium case, which measures 50mm in diameter.

The model represents the first time the company has ever released a timepiece with a moon phase indicator, but there’s a twist, as this appears on the back of the watch, rather than the dial. In addition to this, the watch also includes a date display window, a month display, a sunrise/sunset indicator and an equation of time function.

Visually, the watch retains classic Luminor elements, such as the bridge protecting the winding crown. However, it stands out thanks to its skeletonized dial, which showcases the in-house Caliber P.2005/GLS movement that powers the watch, while also adding a modern twist to a classic collection.

Finally, another watch unveiled at SIHH this year was the Lo Scienziato Luminor 1950 Tourbillon GMT Titanio, Reference PAM00767. This is the second edition of the Lo Scienziato, which was originally introduced at SIHH back in 2016, and the collection is most notable for its use of 3D printing technology.

Through a process known as Direct Metal Laser Sintering, Panerai have been able to hollow out much of the titanium case. This, combined with its skeletonized design, results in an ultra-lightweight watch, even at 47mm.

Visually, the watch shares many similarities with the first edition model, although there are some subtle differences, such as the addition of a blue stitching design on the leather strap. It also makes use of the brand’s unique tourbillon system, as well as an A.M/P.M indicator and a power reserve display.

Whether it is their first ever 38mm Luminor model, or their continued use of 3D printing technology, Panerai certainly made an impression at this year’s SIHH event in Geneva. The watches that were showcased at the trade show have received a positive response and the brand succeeded in building anticipation.

Although the new 2018 Panerai models are not yet available for general sale, they are expected to reach the market before the end of the summer. You can also pre-order any of these watches with Jaztime.com.

»PANERAI ON SALE in our Watch Online Shop «