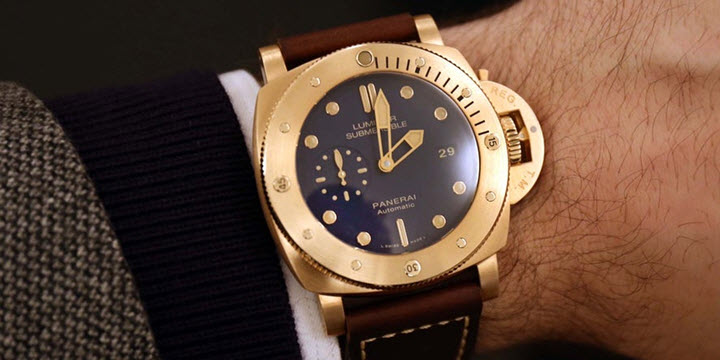 The Italian luxury watch brand Panerai is recognized as a global leader in the watch-making field and any new releases are highly anticipated. Although the brand is primarily associated with classic design, their range of new models for 2017 could be said to place a much greater emphasis on the contemporary than in recent years.

Unlike brands like Rolex, Omega and Patek Philippe, who tend to unveil new models at the annual Baselworld Fair, Panerai instead showcase their new models at the Salon International de la Haute Horlogerie, or SIHH as it is more commonly known. In this post, we take a look at some of the new models unveiled for 2017. 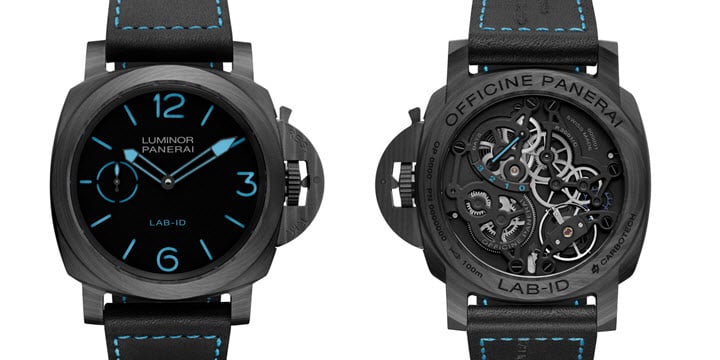 Arguably the most newsworthy of the 2017 releases comes in the shape of the LAB-ID Luminor 19050, which is a highly technical timepiece, carefully designed to take advantage of carbon’s unique properties. Visually, the watch has a 49mm Carbotech case – previously used on a Luminor Submersible model – giving it a wood-like aesthetic.

In addition to its carbon case, the model features a carbon nano tube coating on its dial, while it is powered by a hand-wound P.3001/C caliber movement. The case makes use of a ‘sandwich’ design, with the Super-Luminova coated plate underneath the dial, which illuminates the dial markers from below, offering excellent legibility. 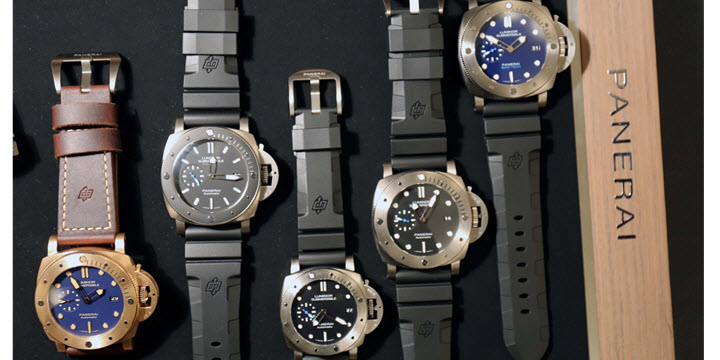 In total, six new Luminor Submersible 1950 models were unveiled at SIHH, constructed from a variety of different materials, including stainless steel, red gold, bronze, titanium and Bulk Metallic Glass, or BMG. As a result, despite the defining features being similar, a number of different aesthetics are on offer.

All six models are powered by the P.9010 automatic caliber and have a three day power reserve. Other common features on the models include a date display, found at the 3 o’clock position, a small seconds counter, which is positioned at 9 o’clock, and a case measuring 47mm in diameter. 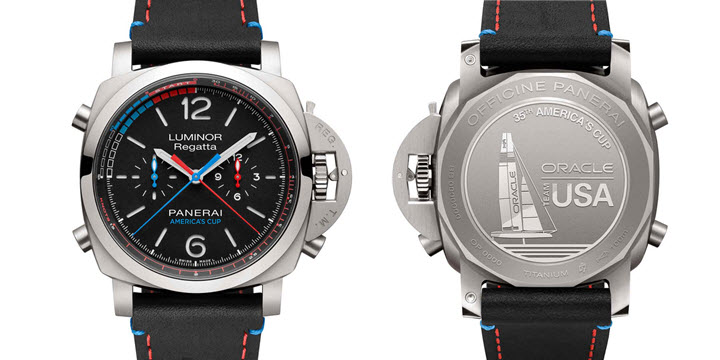 Another America’s Cup watch comes in the form of the Luminor 1950 Regatta ORACLE TEAM USA, which features the logo of the American yacht racing team for the event on the back. This model has a 47mm titanium case and is equipped with a Regatta countdown feature, complete with a push button at the 4 o’clock position.

The watch is powered by the in-house P.9100/R caliber movement, offers water resistance for 100 meters and has a Chronograph hour counter at the 3 o’clock position, as well as a seconds counter at 9 o’clock. The watch also features a nautical tachymetric scale around the dial, allowing race speed to be measured easily. 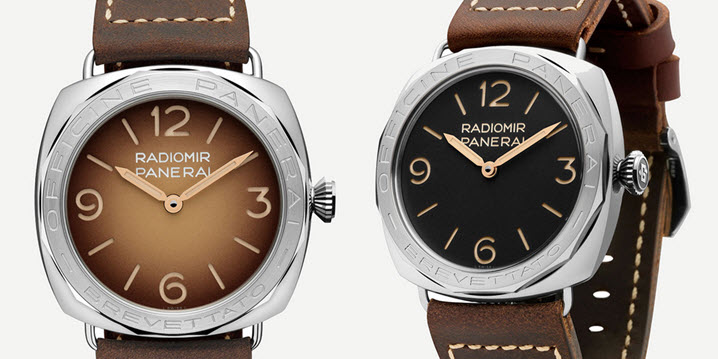 Finally, Panerai also unveiled two Radiomir 3 Days Acciaio watches. This particular model serves as a historical remake of a prototype watch from the 1930s, with a 12-sided bezel. As a result, it is perhaps the most traditional of the 2017 Panerai releases in the way that it focuses on vintage appeal.

The two versions available come with either a black dial (ref. PAM00685) or a caramel dial (ref. PAM00687), the latter of which is said to mimic the appearance of faded ‘Tropical’ dials seen on many older Panerai timepieces. Both models have a 47mm steel case and are powered by the P.3000 movement.

» Find the Lowest Prices for your next Quality Panerai here «