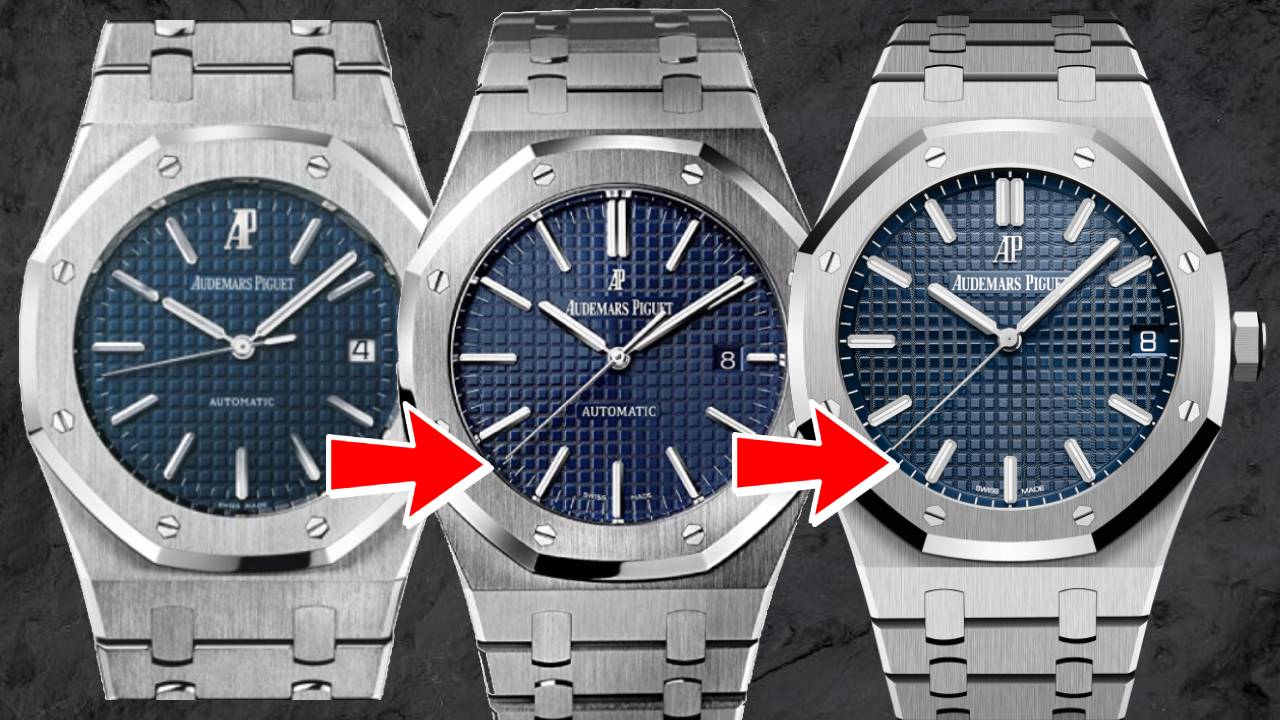 Audemars Piguet is one of the biggest names in the field of luxury watch-making and while many different AP models have existed over the years, a select few lines have been able to maintain strong popularity as new releases emerge and as technology continues to advance. One of the very best examples of this is the Royal Oak collection.

In this article, we take a much closer look at the Royal Oak line, exploring its history, while also taking a more in-depth look at model updates throughout the years and the most popular watches in the collection’s history. 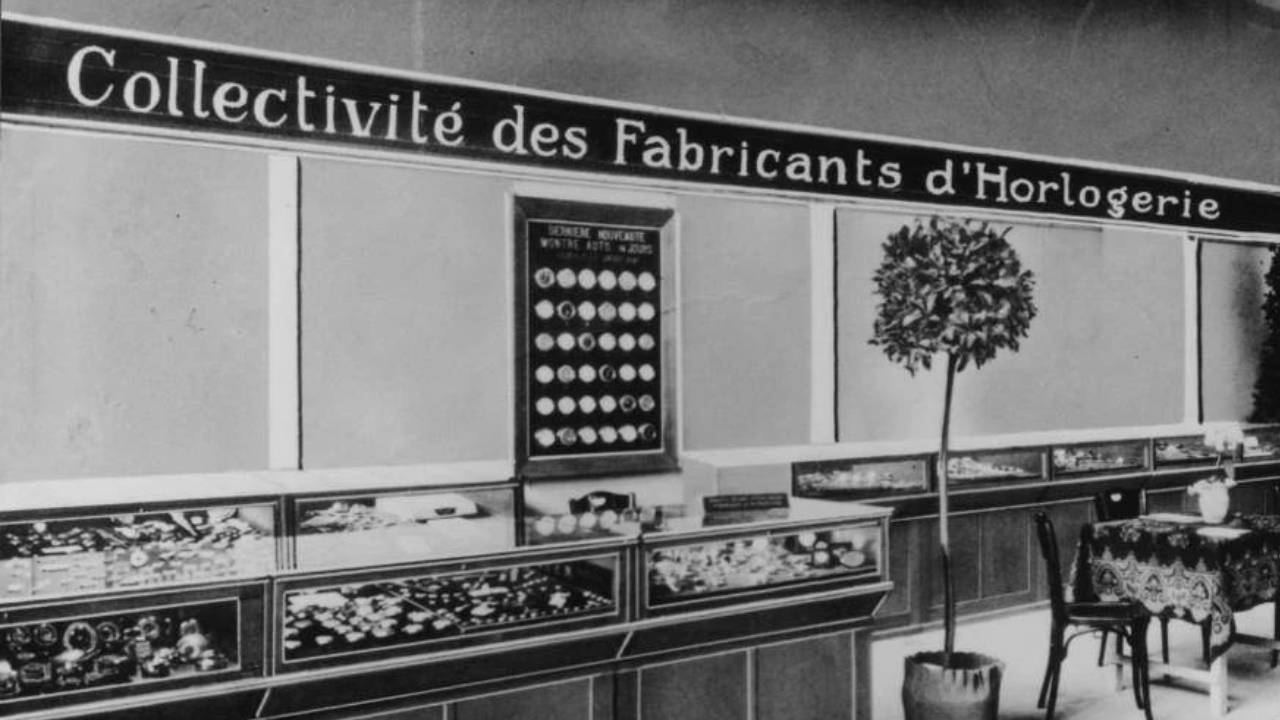 The Audemars Piguet Royal Oak collection was introduced in 1972 at the Swiss Watch Show, which would later become known as Baselworld. It was released against a backdrop of rising concern among Swiss luxury watch manufacturers about ‘Quartz’ technology, and is widely recognized as the world’s first luxury sports watch.

Defining characteristics of the Royal Oak included a hexagonal bezel and exposed screw heads, with the overall design taking inspiration from traditional diving helmets. The first model introduced was the Royal Oak Ref. 5402ST, which featured a 39mm case, measuring just 7mm in thickness and this helped to provide the sports watch with the sense of sophistication and luxury that, until that point, had been reserved for luxury dress watches.

This model also introduced the self-winding Caliber 2121 movement, which delivered excellent precision, shock resistance and full integration with the timepiece’s date display function. In the years since, models have introduced a variety of new complications, including perpetual calendar and moon phase indicator options.

If you are looking to purchase an Audemars Piguet Royal Oak model, your main options can be separated into three different generations. In the sections below, you can find out more about each of these and get a better sense of how the Royal Oak has evolved over recent times, as new model updates have been released.

The Royal Oak Ref. 15300ST first went on sale in 2005 and remained in production until 2012. It features a low-beat, Caliber 3120 movement and is available in both stainless steel and rose gold. Black, blue and white dial colors are on offer, while the case diameter measures 39mm, making it a good option for those with thin wrists.

Visually, one of the defining characteristics of this generation of Royal Oak watches is the placement of a large ‘AP’ logo in place of the dial marker at the 12 o’clock position. The watch also features the older style clasp, with the large AP logo there too. Meanwhile, another key feature is the model’s ability to resist water at depths of up to 50m.

The Royal Oak Ref. 15400ST was introduced in 2012 and remained in production up until 2017. The most immediately noticeable difference between this model and the previous generation is the increased case size, with the Ref. 15400ST measuring 41mm in diameter instead of 39mm. The case also increased slightly in thickness, moving from 9.4mm to 9.8mm. As a result, it is a good option for buyers who have larger wrists, or who simply prefer a bigger watch.

Aside from the size difference, the Ref. 15400ST does share similarities with its predecessor, including the choice of either a stainless steel or rose gold case. The two watches also make use of the same Caliber 3120 movement. However, because the same movement is inserted into a larger case, the date aperture is positioned more centrally.

Another way in which the Ref. 15400ST is visually distinct from the Ref. 15300ST is the presence of a 12 o’clock dial marker. This is made possible because the ‘AP’ logo is significantly smaller and positioned lower down the dial. The watch also features a modern folding clasp, replacing the older clasp with the larger logo.

Once again, the dial color options include blue, black and white, while a slate dial was also added. For the Rose gold version, Ref. 15400OR, is available in black or white dial.

The most recent addition to the Royal Oak collection came in 2019, with the release of the Royal Oak Ref. 15500ST and this remains in production. It retains the larger 41mm case size introduced via the Ref. 15400ST and also features the same, modern style AP folding clasp. However, there are also some notable differences, especially internally.

Perhaps the most important change is the introduction of the Caliber 4302 movement, which is a self-winding movement also utilized within the Audemars Piguet Code 11.59 watch. The movement is showcased thanks to a skeletonized movement oscillator, and because the movement is larger than the Caliber 3120, the date display is situated closer to the edge of the dial again, in much the same way as it was with the Ref. 15300ST.

Once again, you will have the choice of either a stainless steel or rose gold case material. It is, however, worth noting that the Ref. 15500OR is only available black dial, while the Ref. 15500ST is available in blue, black, slate, and silver.

Which AP Royal Oak Should You Buy?

If you are seeking an elegant timepiece, or feel a connection to the history of the Audemars Piguet brand, the older Ref. 15300 or 15400 models may be the ideal option. They feature a reliable movement, which was used for over 20 years. The smaller size of the Ref. 15300 makes it ideal for smaller wrists, while the 15400 is larger and bolder.

On the other hand, if you are seeking the very best watch possible, the latest Ref. 15500, complete with its newly updated movement, will reliably serve you for many years to come. Ultimately, whatever your choice, make sure you buy it here at Jaztime.com, as we have all of these watches in stock and ready to ship for the very best prices.

Once you’ve sorted out which generation of Royal Oak works for you, let us help you find one quickly. Price quote same day, with delivery within two business days.