Rolex and Omega are established as the two most popular, successful and prestigious luxury watch brands in the world, and whenever one is referenced, a mention of the other is never too far away. In truth, despite there being clear differences between the two companies, the way in which they operate, their promotional efforts and their product ranges, it is not difficult to see why a culture of comparison between the two exists.

Rolex are currently the number one luxury watch manufacturer in the world, with revenues of around $5bn a year, according to estimates published by the Financial Times. Yet, in recent times, the company’s market share in the watch industry has fallen below the 12 percent mark. According to LeTemps, Rolex sell somewhere in the region of 780,000 watches in the over $4,000 category, but Omega are closing in, selling around 720,000.

So, how do the two watch companies really compare and which of the two makes the best watches overall?

Comparing the History of Omega and Rolex Movements

Omega is the oldest of the two companies, having been founded in Switzerland back in 1903. In actual fact, its origins can be traced even further back, to 1848 and the formation of a predecessor company, La Generale Watch Co. Rolex, on the other hand, was established in 1905 and was originally based in London, England. An office in Switzerland was opened in 1908 and the company’s full operations were relocated to Switzerland in 1919.

During the first half of the 20th century, the two brands were fairly close to one another in terms of success, technology and innovation. While Rolex was often seen as the more prestigious brand, Omega was actually more popular in many parts of the world and was seen as the company most likely to break new ground within the industry. However, the fates of the two companies took a turn in the 1960s.

The quartz crisis had a significant impact on the watch industry, with quartz movements offering excellent efficiency at an affordable price. Omega, like many watch companies at the time, attempted to adapt by embracing quartz technology. However, while Rolex did experiment with quartz, they gambled instead on the fact that people would view quartz as impersonal and lacking in the artistry provided by traditional Swiss mechanical movements.

As a consequence, Rolex continued to produce and update the watches in their main collections, positioning them firmly as luxury products. On the other hand, Omega lost their way slightly, producing a large number of different watches, but falling behind Rolex in the race. In recent times, however, Omega have been able to close the gap quite considerably, thanks in large part to an excellent product placement marketing strategy.

Durability of Rolex and Omega Watches 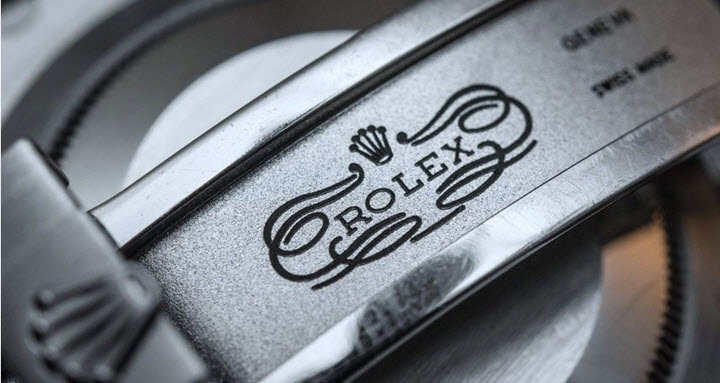 Ultimately, a watch manufacturer will be judged first and foremost on the quality of their products and this is an area where Rolex and Omega set the benchmark. Both brands create their own in-house movements, both brands utilize high-quality materials in the production of their watches and the finishing on their timepieces is top notch. With that being said, there are some key differences between the two.

One of the big differences in terms of materials is the type of steel the two manufacturers use. Omega utilize 316L stainless steel, which is the industry standard, yet Rolex utilize 904L stainless steel, which offers greater resistance to corrosion and can resist polishing extremely well, making it easier to maintain in the long term. On the flip side, however, any scratches on 904L steel are likely to be more visible.

When it comes to quality of movements, Rolex are generally considered to have the edge. Nevertheless, Omega are more willing to introduce new technology into their movements, whereas Rolex tend to avoid over-complicating things, opting instead for gradual refinement. There are pros and cons to Omega’s approach, as the flip side to their forward-thinking is that their movements have occasionally encountered early teething problems.

In addition to the pure quality of their timepieces, the two companies have a reputation as innovators within the watch-making field. Rolex, for example, was the first watch manufacturer to create a wristwatch that could resist water at a depth of 100m below the surface, while the introduction of the Rolex Datejust in 1945 marked the first time a wristwatch had an automatic date display feature on the dial.

Similarly, Omega introduced the world’s first tourbillon wristwatch caliber back in 1947 and launched the first mass-market wristwatch to take advantage of coaxial escapement technology in 1999. In 2013, the company created a movement that was resistant to magnetic fields measuring 15,000 Gauss, far exceeding its competitors.

Rolex watches played a prominent role in the Second World War, with many members of the British Royal Air Force buying them to replace their standard issue timepieces. Yet, it is difficult to compete with Omega’s achievement in 1969, when its Speedmaster Professional Chronograph wristwatch was selected for the Apollo 11 mission and became the first watch on the moon. The Speedmaster Professional has been nicknamed the ‘Moonwatch‘ ever since.

Which Brand Has the Best Value?

When it really comes down to it, there is very little between the two brands in terms of the quality of the timepieces they produce. As a result, the decision of whether to opt for a Rolex or an Omega watch is dependent on a number of factors, including personal taste, intended uses and available budget. It is very unlikely that anyone switching from one brand to the other will notice any significant drop in overall performance.

In terms of artistry, prestige and pure timekeeping function, it is difficult to look beyond Rolex. It is still the number one watch brand in the world for a reason and Rolex watches are still very much seen as status symbols. Furthermore, the company’s tradition of evolution instead of revolution has helped it to develop extremely high-quality models, while use of 904L stainless steel gives it the edge in terms of materials.

At the same time, if innovation is a priority, or if you are looking for a watch for professional use, many people would argue in favor of Omega. It is a brand that has continually pushed the boundaries of watch-making and its professional models are so reliable that they have literally been out of this world.

When all things are considered, there is an argument to say that Rolex ranks fractionally ahead of Omega. They may also be better long-term investments, as they are more likely to retain or even gain in value. Yet, in many cases, Rolex watches are also priced significantly higher than Omega equivalents. For some buyers, therefore, it becomes a question of whether the small difference in quality is worth the slightly larger difference in price.

» Get the lowest price for your Rolex or Omega luxury watch at Jaztime.com «